Extension as an institutional function started sometime in 1974 under the stewardship of Jose Lacson under the name Extramural Studies and Extension Services (ESES). Its main program component was Rural Life Development, hence the Institute of Rural Life Development (later renamed as Institute of Rural Life Technology) which offered a four-year secondary agri-based program in 1975. Graduates of the program were encouraged to enter into a two-year vocational course which was also agri-based, a response to the government thrust of promoting agricultural development in the countryside under the directorion of Prof. Rizal V. Ganiban.

Then in 1983, the ESES was reestablished as a separate office directly under the office of the College President with Professor Adoracion Y. Nogoy. It offered non-formal education programs which aimed to help the out-of-school youth, continuing education and special projects in enhancing the effectiveness of other sectors. The office was also tasked to monitor income generating projects of the college. Believing that the extension is not only for the outside clients, projects like success lessons and evaluation for the faculty and staff were also initiated and taken care of by the office.

When Dr. Ernesto Cosme was appointed as the OIC President of Tarlac State University in 1992, the extension and research were merged into one under the leadership of Prof. Nogoy. When Dr. Alejandro Fernandez was appointed as the president of the university and the retirement of Dr. Nogoy happened, the leadership was turned over to Dr. Alfredo M. Conte. When, Dr. Rodolfo Baking took over the presidency of the university in 1995, he separated research from extension. The research was under the leadership of Dr. Victoria Gengania, while Dr. Conte continued his stewardship as the Director of Extension. This led to the designation of chairmen to take charge of the various functions and areas of concern and programs and also the designation of College Extension Coordinators whose main function is to serve as link between the University Extension Office and the various colleges. Extension initiatives were undertaken in collaboration with civic organizations, religious organizations and local government units. Upon the granting of level III A status of the University under the leadership of President Dolores G. Matias, Dr. Gengania was appointed as Vice President for Planning, Research and Extension in 2002. She filed her one-year Sabbatical leave starting June 2005 and Dr. Conte took over her position as OIC up to his retirement on March 6, 2006.

Upon the retirement of Dr. Conte, Dr. Glenard T. Madriaga took over the leadership to continuously extend quality services by sharing the university's expertise in uplifting the socio-cultural, technological, educational and environmental condition of the populace towards sustainable development. Under his leadership, the University Extension Manual was approved by the Board of Regents under Resolution No. 39 series of 2008 dated June 9, 2008.

Dr. Madriaga’s appointment as Vice President for Research, Extension and Development on February 16, 2008 led to the designation of Prof. Redemptor G. Toledano, serving then as Cluster Chairman for Consultancy and Special Project, as the Director of UEO. These offices were renamed to Vice President for Research and Extension Services, and TSU Extension Services Office accordingly. Under the directorship of Prof. Toledano, the services delivered by ESMO were organized and clustered under five university extension programs. These include the Community Development Program which provides assistance in identifying the needs of a community and matching these with the capabilities of the institution; the Industry Development Extension (InDEx) Program which is aimed at providing services to small and medium enterprises in order to increase their productivity; the Institution-Public-Private Sector Partnership Program; the Extension Support Services Program (ESSP); and the Student Extension Experience (SEE) Program. It was also during the leadership of Dir. Toledano that the operation of the unit was certified to ISO 9001:2008 Quality Management System. The University Extension Manual was then converted into the TSU Extension Services Guide under BOR Resolution No. 66 series of 2009 dated November 4, 2009. In 2017, the ISO certification of the office was migrated to ISO 9001:2015 version and was maintained until end of the term of Prof. Toledano on June 2020.

Through effort and commitment, the office has established the Professional Development Services (PDS) Program (2016), an income generating unit that assists professionals in enhancing their level of professionalism and integrity by conducting trainings and consulting activities to requesting parties. In the following year, the BOR approved the establishment of the Regional Center on Resources and Development of Indigenous Peoples (RCRDIP) to provide technical support for the protection and promotion of the interest and well-being of indigenous cultural communities and indigenous peoples.

In 2018, the changes in the organizational structure of the university led to the designation of Dr. Madriaga as Vice President for Administration and Finance, and Dr. Armee N. Rosel as the new Vice President for Research and Extension Services. Meanwhile, Engr. Emir Lenard S.F. Sicangco, previously Head of the ESSP Program of ESMO (2008-2016) and the Director of Technology Development, Transfer and Commercialization from 2016, was assigned as OIC Director of the ESMO on June 9, 2020, and designated as ESMO Director from April 1, 2021, to October 15, 2021.

Currently, Dr. Lea B. Milan, previously head of the Industry Development Extension (InDEX) Program of UESO (2008-2019), head of Extension Studies and Publication Unit of ESMO (2000), and the Director of Food Technology and Research Center (FTRC) from 2021, assumed leadership as the concurrent OIC Director of the ESMO from October 18, 2021, to present. 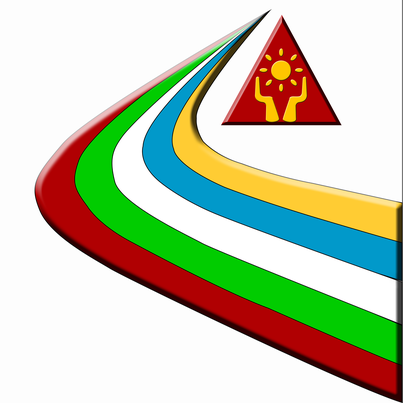